With cetaceans making a comeback after centuries of whaling, IAATO members are implementing a raft of measures – from speed restrictions to additional whale-lookouts to protect and support their return, Dr Annette Bombosch explains.

There is something magical about whales, those gentle giants swimming in our waters. As an expedition guide, seeing their massive bodies smoothly breaking through the surface of the water as I travel along the Antarctic Peninsula on board an expedition vessel or in the Zodiac is always my favourite time of my Antarctic season.

The Antarctic Peninsula is home to a range of different whale species, of which Humpback whales can lay claim to being one of the most popular ones – and I am no doubt one of their biggest fans. Be it their intriguing behaviour, aerial displays, identifiable markings on their tails and individual personalities – Humpbacks just never disappoint. 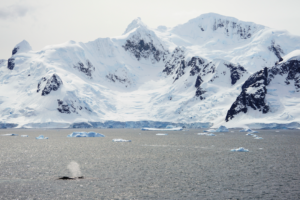 Sitting in a Zodiac amongst icebergs listening to the powerful sound of a surfacing whale is one of the best sounds you can get. And the good news is these sounds are increasing from year to year, as the population of humpbacks and others along the Antarctic Peninsula is booming.

Prior to the 1900s the Southern Ocean was a haven for whales, many of which migrated each season from their more tropical wintering breeding grounds to take advantage of the rich availability of food during the austral summer months. Millions once swam in the icy waters of Antarctica before we humans exploited them relentlessly. Many species came close to extinction, before being protected by the overall commercial whaling moratorium starting in the season of 1985/86 that is still in place today.

As reported in November 2018 whales are now bouncing back – some species more enthusiastically than others – and that is what Antarctic visitors are witnessing. Increasing encounters with whales indicate that the conservation measures are working. This is true, yet, with more whales, there comes the need for additional protection: whale-rich waters also increase the likelihood of encounters between them and vessels. 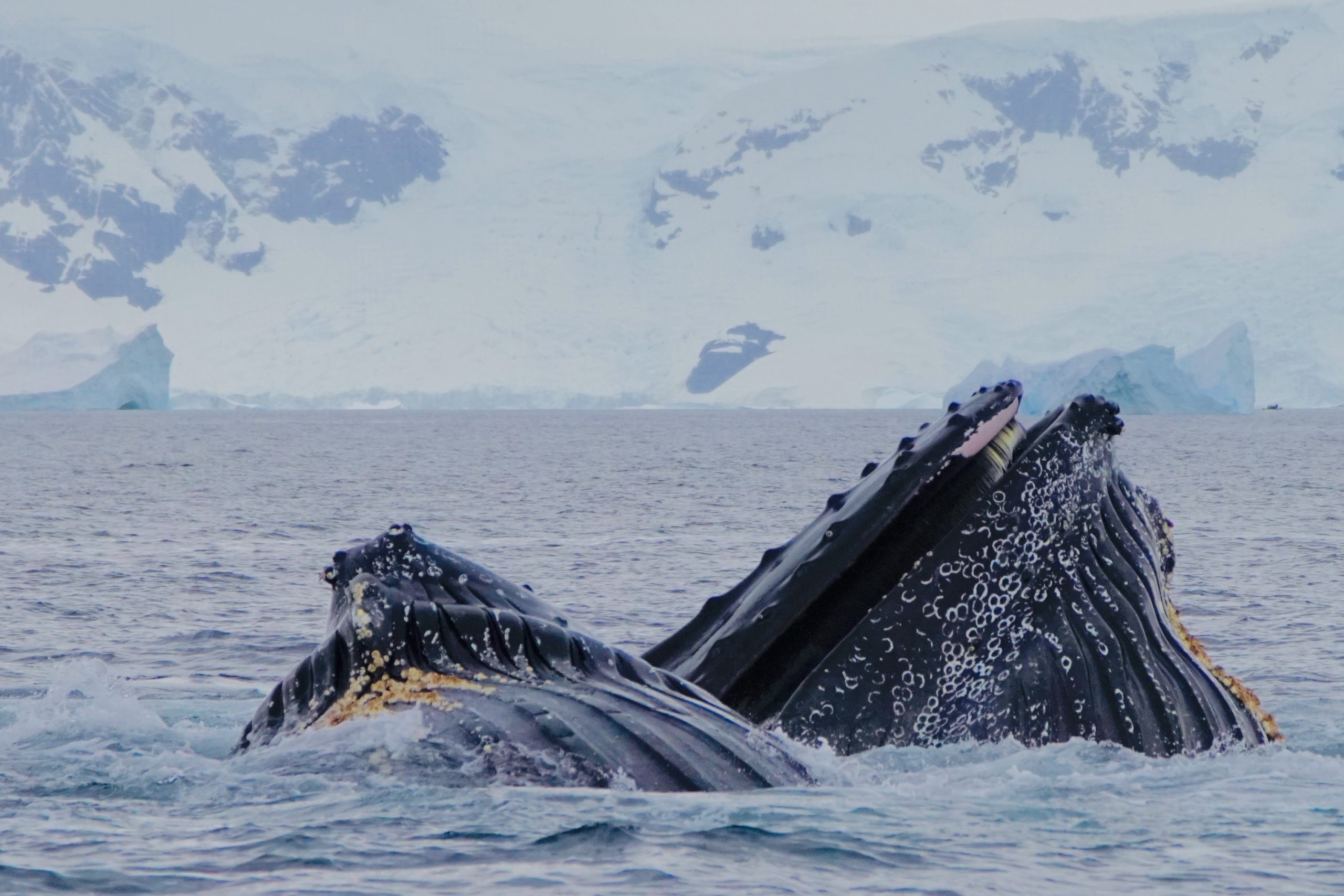 To ensure that Antarctic guests visit the whales’ summer home without negative impact, in 2019 members of the International Association of Antarctica Tour Operators (IAATO) implemented a mandatory 10kn speed restriction to prevent whale strikes in cetacean-rich Antarctic waters within geofenced time-areas along the Antarctic Peninsula.

This is a great example of IAATO’s proactive self-management, especially since data on whale distribution along the Antarctic Peninsula and the Southern Ocean generally are still patchy. It means that despite the allocated geofenced time areas, efforts now should focus on gathering additional data on whale distribution as well as numbers. Data gathering is already underway: for example, scientists and visitors contributing their images to Happywhale are helping to close this knowledge gap.

Exciting times are coming for both whales and visitors to the Antarctic Peninsula. We are guests in their home and like any good guest we ensure our actions today ensure we are welcome back in the future.

Marine scientist and Co-founder of the Polar Citizen Science Collective

About the author | Annette Bombosch

Annette has a Masters in Marine Conservation and a PhD studying humpback and Antarctic minke whales in the Southern Ocean. In 2014, she has swapped a job behind the computer for an office with a view and has been working on various expedition cruises to the Arctic and Antarctic.

Annette has an unstoppable passion for marine mammals especially humpback whales. She is also co-founder of the Polar Citizen Science Collective enabling guests to get hands on experience of polar science and at the same time collecting valuable data in areas difficult to research.