For visitors to Antarctica, the journey is often a trip of a lifetime; possibly one that took significant time in its planning; and the reward of years of hard work, preparation and anticipation. For us within the responsible polar tourism community, it isn’t too different.

Going to Antarctica is a privilege, not a right, and thanks to the extraordinarily successful intergovernmental agreement that is the Antarctic Treaty, all human activity there is regulated by strict rules which protect the white desert and its wildlife.

IAATO plays its part by both following Treaty rules, as well as creating our own comprehensive set of guidelines for all of our members, to ensure visitors have an enriching and educational experience without impacting on the environment. Here are a few things to think about before you head to the wildest place on Earth:

Don’t Pack A Pest
Recognising that human activity can serve as a vector for non-native species back in the 1990s, IAATO commissioned research to mitigate the risk of introducing pathogens and non-native species. The process begins long before embarkation, with pre-departure advice provided in the form of our ‘Don’t Pack a Pest’ pamphlet and mandatory IAATO briefings for all visitors travelling with our operators before they even reach Antarctica. This includes thorough boot and equipment cleaning and disinfecting before and after setting foot on land – from the South Pole to the Ross Sea, from the Antarctic Peninsula to South Georgia and the Falkland Islands/Malvinas.

No Peeing on Land
It’s true! To further safeguard the wildlife and environment, vessel-based visitors are not permitted to go to the toilet (or eat), on land; even in the vicinity of research stations or historic sites. Human waste generated from visitors camping in the Antarctic interior is all flown out of the continent in special containers.

You Can’t Hug the Penguins
Penguins and seals are magnificent creatures and fascinating to watch, but IAATO supported visitors to Antarctica are not permitted to approach wildlife on shore at a distance of less than five metres, including camera lenses or other equipment. These minimum distance rules avoid causing birds and seals any concern or distress. Moving quietly and slowly is the best way to take in the splendour of your surroundings while observing these amazing creatures as they go about their daily business. 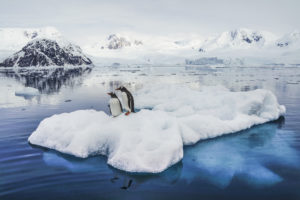 Leave Your Drone at Home
Flying drones is a relatively new activity and while there are situations when they can be of value; for example, scientific research, wildlife population monitoring, ice reconnaissance for vessel navigation and education (including documentary film making); there are several questions still to be answered in terms of their potential impact on both the environment and visitors’ experience. For that reason, IAATO members have collectively decided to not allow any recreational use of UAVs in the unique and wildlife-rich coastal areas of Antarctica until more is understood about best practice for their responsible use.

IAATO members do allow the recreational use of authorized UAVs in the interior of Antarctica under strict and carefully controlled conditions; however, all human activities, whether for science or tourism, have to be approved through an Environmental Impact Assessment by a relevant Competent Authority/government agency. Therefore, if you are desperate to take your drone, speak to your tour operator in good time before embarking on your trip.

Expect the Unexpected
Part of the wonder of Antarctica is its unpredictability. Don’t forget, while it may be the most untouched, it’s also the most hostile place on Earth. Bad weather or moving icebergs can often scupper expedition itineraries, so it’s always best to approach your trip with an open mind.

So, if shifting ice stops you landing on shore, don’t despair – that unscheduled whale watching may end up being your most treasured memory of the trip. Whatever your expedition holds, it will be a genuine Antarctic experience. 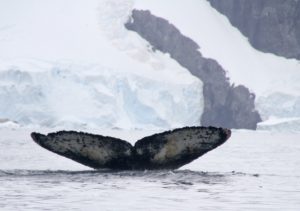 Once on land surrounded by its extraordinary landscape, visitors are not simply left to their own devices. There is a strict limit to guests ashore at one time, a minimum 1:20 ratio of staff to guests during landings and each approved site has its own specific guidelines which instruct where guests can walk and – more importantly – where they can’t. Site management is all part of putting the needs of Antarctica’s landscape and wildlife before the whims of human visitors; and a rule which has endeavoured to ensure all human activity in this remote region has only a ‘minor or transitory impact’.

It’s a huge collaborative effort, and, over the last 27 years, we have been committed to promoting and advocating safe and environmentally responsible tourism practices which see guests arrive as visitors and leave as ambassadors; taking nothing with them but the memories of their trip and the desire to see Antarctica preserved for future generations to do the same.