Frontiers like Antarctica have long been defined, approached and inhabited by men.

Women were traditionally used for place-naming, raising sponsorship and supporting the men from afar. Even Shackleton, when recruiting for the 1914 expedition, received three female applicants, but didn’t accept any of them.

My first polar experience was almost 100 years after Sir Ernest’s. I was the only woman on the team. It was intimidating joining an all-male group, but I knew I had to train hard physically, perform well under pressure, be prepared and, most importantly, integrate to really be one of the team.

Our expedition was inspired by a combination of two of Shackleton’s – the Nimrod and the Endurance. In the first, Shackleton brought the first ever automobile to Antarctica, the Arrol-Johnson motor car and he tried to drive it to the South Pole (with very little success). The second is more well-known; where he attempted to complete a full traverse of the Antarctic continent with two teams meeting at the Pole from opposite ends.

Fast-forward a century, and our expedition planned to have one team on skis departing from the Ross Ice Shelf, while a second team of Land Rovers, loaded with supplies, drove to the South Pole to meet them. 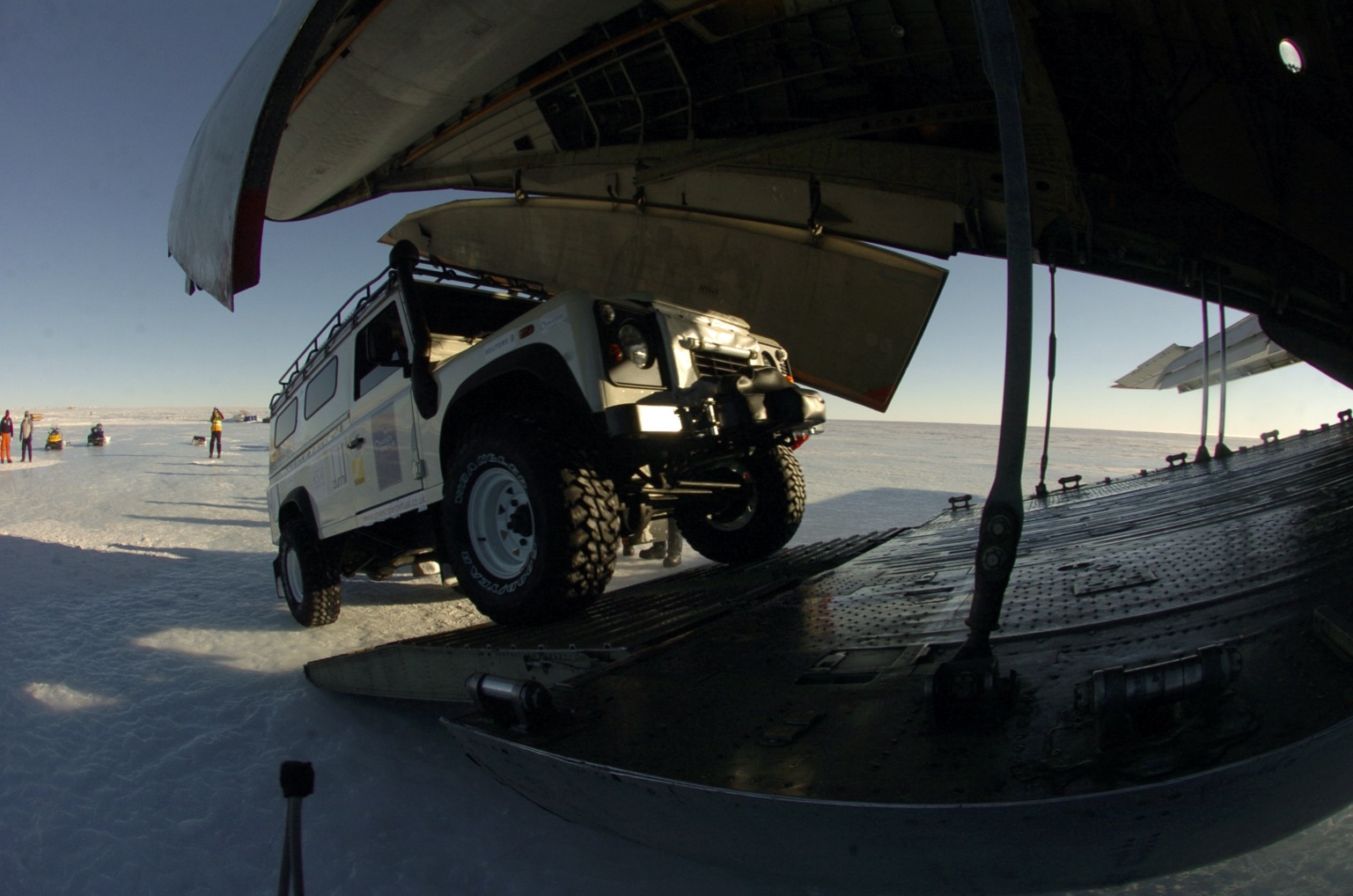 My own on-ice part of the adventure began in earnest when, out of all the men on the team, I was elected to reverse our Land Rovers off a Russian cargo plane, down narrow gang planks onto the blue ice runway below, while the rest of the team shouted vague and inaudible directions. Heading out onto the blue ice, nothing prepared me for how easy it was to do a 360 – and slid into several as we drove away from the runway to the main camp.

You would be forgiven for thinking that my teammates and I had lucked out, being on the driving team – but nothing in Antarctica is simple, and we were plagued by the legacy of failure, just like Shackleton’s team almost a century before us.  When we loaded up all the resupplies needed to get ourselves to the South Pole and back, we realised we were hopelessly overloaded and our tyre pressure far too high to bridge the soft snow.

The next two weeks were a laborious process of driving and digging, which ended up in a severe case of snow blindness for me as I had taken my goggles off to wipe the sweat from my eyes on one too many occasions.

It became obvious that the vehicles weren’t going to make it to the pole in time. Someone needed to stay in Antarctica and coordinate a resupply for the other team heading to the pole on skis. I decided that the compassionate thing to do was to send my team-mates home and wait out the few months on my own.  There was no need for the entire team to suffer. So, I decided to stay in a tent on my own and make sure that the other team had a chance of success. It was tough at times, working to ensure that others succeeded where I hadn’t, but this was about doing what was right for the entire team.

After a few days, including the loneliest birthday of my life, in a pretty dark place (even for a place with 24-hour sunlight), that’s when the real magic of the experience started to happen. I opened the tiny journal my sister had made me for the trip and read the first page, which said ‘your book of inner exploration, I hope this voyage is one of self-discovery more than anything…’ how right she was.  I learnt about all sorts of polar and undiscovered life skills that would serve me well when I set up my own polar business a few years later. 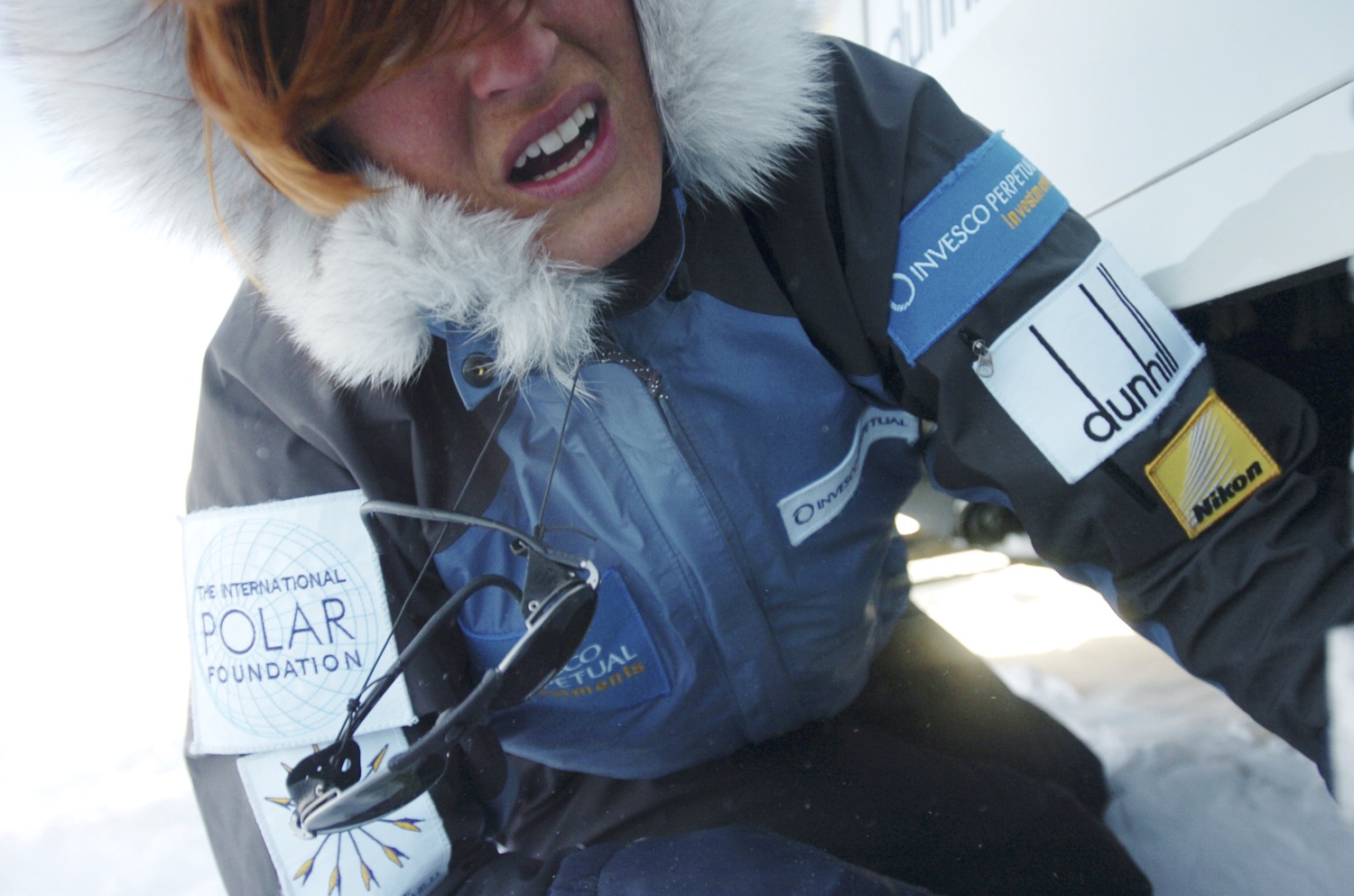 I learnt about resilience, when I realised no one else was going to get me through this experience but me.  I learnt that it’s all about hard work – you would be surprised how difficult it is to keep a tent standing in a polar storm on your own.  I also learnt about self-reliance in those weeks, with many hours spent melting snow not only to give me water to drink but also to heat up the monotonous dehydrated Norwegian porridge “frokostblanding” which I can no longer stomach.  Most of all, I learnt that you have to really fight for what you want and accept who and where you are.

The negotiations to get our ski team there much needed resupply were stressful and distended. The logistics company didn’t make things easy. While all this was happening, I just thought there must be a better and responsible way to operate a tourism business in Antarctica.

Even though I was about 1000 miles from the ski team, I was still part of it.  I rediscovered a respect for writing things down to help process things when there is no one else around and I gained a newfound respect for the simple things in life; gratitude for small luxuries, like eight-hour cream and ice-bathing.  I also developed a deep appreciation for the potential applications of wind and solar power in Antarctica, the latter was vital to power my lifeline the satellite phone.

I realised in those months on my own in Antarctica, that this was quite the most desolate place, but concurrently the most incredible experience I had ever had, and perhaps my future could be to show its beauty others and change the adage that  Apsley Cherry-Gerrard penned, “Polar exploration is at once the cleanest and most isolated way of having a bad time which has been devised.” 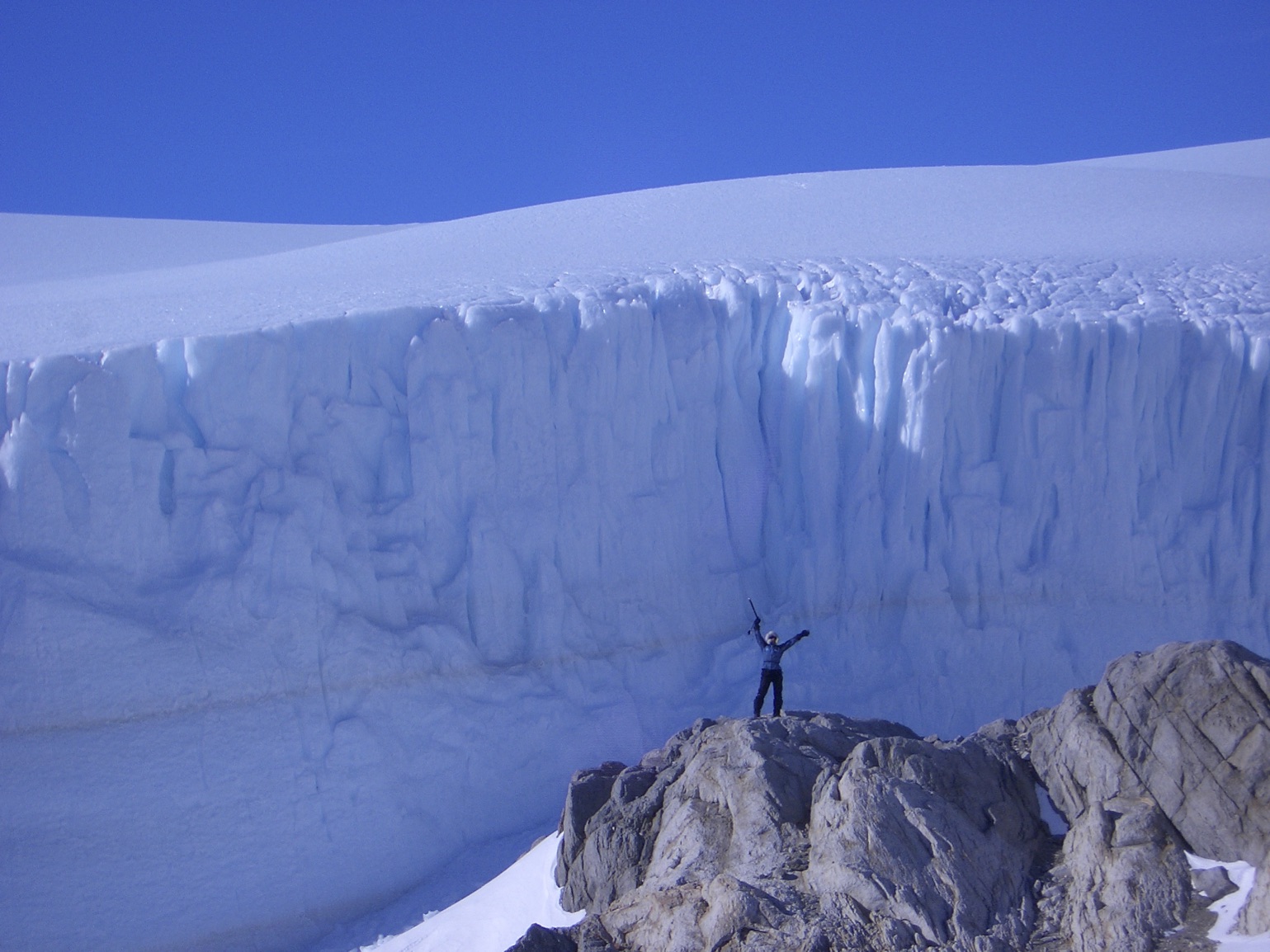 After that polar expedition, my biggest learning was that it’s only through our failures in life we learn the most. It’s actually a gift when things go wrong. It’s usually only through getting things wrong that you learn how to really get things right the next time, and its often the unexpected journeys that lead to the most personal growth. I hope my own company strikes that balance between genuine luxury experience and a journey of self-discovery much like mine, all those years ago.

With the wisdom that comes with greater maturity, I would offer two pieces of advice to my younger self. The first is that achieving the important things in life takes more time, more effort and more consideration of all potential outcomes, than you originally might have presumed. It’s only with careful deliberation and immense effort that you can achieve what you truly want. Secondly, don’t try to compete with men on a one-for-one physical basis, recognise that you have many strengths and use them to their full potential.  Women have forged a place in Antarctic history, because of who they were not in spite of it. 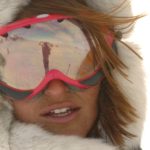 Robyn has been involved in responsible Antarctic travel since 2006, and has been an active member of IAATO since 2010, joining the Executive Committee in 2017. She also serves on the Gateway Committee, climate change and deep field working groups. Robyn is a co-founder of White Desert , alongside her husband, Patrick.

Robyn grew up in Cape Town in a family of intrepid travellers. After graduating from university, she moved to London where she set herself up in the world of travel marketing and PR. She went on to found a UK-based luxury travel marketing and advertising agency where she cut her teeth on a wide variety of clients including the European Union, The Centre for Disease Control and numerous high-end travel destinations.

After an expedition to Antarctica in 2006, Robyn turned her attention to the other end of the planet and skied the last degree to the North Pole with her family. She became the first South African to reach both Poles and later that same year, now hooked on all things polar, she left advertising to join White Desert. She now divides her time between London, Cape Town and Dronning Maud Land, finding Antarctic tourism to be the perfect way of combining her business acumen with a deep-rooted passion for the Polar Regions.

Robyn is on a mission to create true “Antarctic Ambassadors” – former high-profile White Desert guests who then go on to make a difference through their own networks, helping to secure the future and protection of Antarctica. She is also a proud mother of two, balancing work and family life.