Perhaps how we feel a wilderness is as important as what we see. Different perspectives of wilderness can make it surprisingly hard to define, which in turn makes it challenging to protect at policy level. We need wilderness. It supports life on our planet and makes us feel good, but conserving it is an enduring challenge.

Visiting the great Antarctic wilderness, the largest remaining on earth, is a privilege for anyone who travels there for work or pleasure. It is an intrinsic part of their Antarctic experience. Here at IAATO, the ongoing protection of the Antarctic environment has shaped our mission and vision; it’s the lifeblood of what we do. We acknowledge the different perspectives of what constitutes wilderness and the challenges it brings, promoting a culture with environmental protection at its core.

Seven companies that had already been operating expeditions to Antarctica for several years founded the International Association of Antarctica Tour Operators in 1991. The main impetus behind forming a global, non-profit industry association was two-fold; firstly, the signing of the Environment Protocol in early 1991 by the Antarctic Treaty nations established basic principles applicable to human activity, beyond those already outlined in the Antarctic Treaty of 1959, designating Antarctica as a “natural reserve dedicated to peace and science.” The Protocol provided the framework for the continued protection of the Antarctic environment. And secondly, by joining together, the companies were able to pool resources and expertise to promote best practice in the field, pressing governments to implement important Antarctic Treaty regulations for managing human activity into their national legislation.

IAATO’s robust and extensive procedures and guidelines are developed within the framework of the Antarctic Treaty System, which regulates human activity, to be as sensitive to the environment as possible while giving visitors an enriching first-hand experience that will send them home as ambassadors for the continent’s continued protection. An important driver of this work is the IAATO Ship Scheduler – a database which has restrictions on time, number of passengers allowed, and number of daily visits to visitor sites around the Antarctic coast. These restrictions follow Antarctic Treaty System and IAATO requirements.

Since its inception, IAATO has supported science in Antarctica, recognising its crucial role in providing information to drive responsible management and decision-making. IAATO cooperates with National Antarctic Programmes and other research institutes, particularly valuing long-term monitoring projects, for example counting penguins over many years, that are useful for identifying changes in the environment. Other research has helped operators develop increasingly robust standards over the years, such as understanding how non-native species can hitch a lift to Antarctica, for example. As anyone who has travelled to Antarctica with an IAATO operator will tell you, vacuuming, disinfecting and kit scrub-downs are a huge part of any visit to shore – as well as returning to the ship.

Which is why we welcome a recent study in the journal Nature, which enhances our understanding of the extent of human presence in Antarctica since the continent was first sighted 200 years ago. While pristine areas, free from human interference, cover less than a third of Antarctica, virtually the whole continent can still be considered wilderness. The authors call on the expansion of protected areas to secure the continent’s biodiversity.

Ninety-eight per cent of IAATO’s visitors experience the unique splendour of the Antarctic Peninsula, an area rich in wildlife and human history, with safe anchorages and areas suitable for seabird colonies, research stations and approved visitor sites. According to the Nature study, large areas of its wilderness remain ‘negligibly impacted’, but concerns about the overlap in human activity and biodiversity have already led IAATO and the Scientific Committee on Antarctic Research (SCAR) to launch the development of a Systematic Conservation Plan for the Peninsula. The process will provide evidence-based solutions for the simultaneous management of tourism, science and biodiversity, bringing multiple stakeholders together with multiple objectives.

IAATO is proud to be a part of a polar network which holds the region’s environment and wildlife at its core. Balancing the desire to visit or work in Antarctica with our obligations to protect it is an important challenge to meet head on. It requires collaboration on a grand scale, particularly as pressure grows from climate change, demand for natural resources and an expanding human population. In this sense, opportunities to spread conservation messages about this remote part, but globally significant part of the world becomes increasingly valuable. IAATO continues to embrace this opportunity while building on its work over the past almost-30 years to support the long-term conservation of Antarctica. 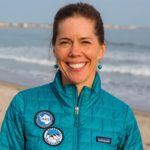