As with science itself, the role of women in polar sciences has evolved – and we should ensure it continues to do so, writes Glaciologist Evelyn Dowdeswell on International Women’s Day.

Today, being a woman and taking a hands-on approach to research is not the rarity it once was and I am heartened to be joined by increasing numbers of female scientists on polar expeditions with every year that goes by.
These days, flexible working patterns, crèches at conferences, the ability to carry out shorter field seasons and the valuable tools of satellite remote sensing which can be carried out in the office, mean that the exciting and important world of polar sciences is now far more accessible to all. 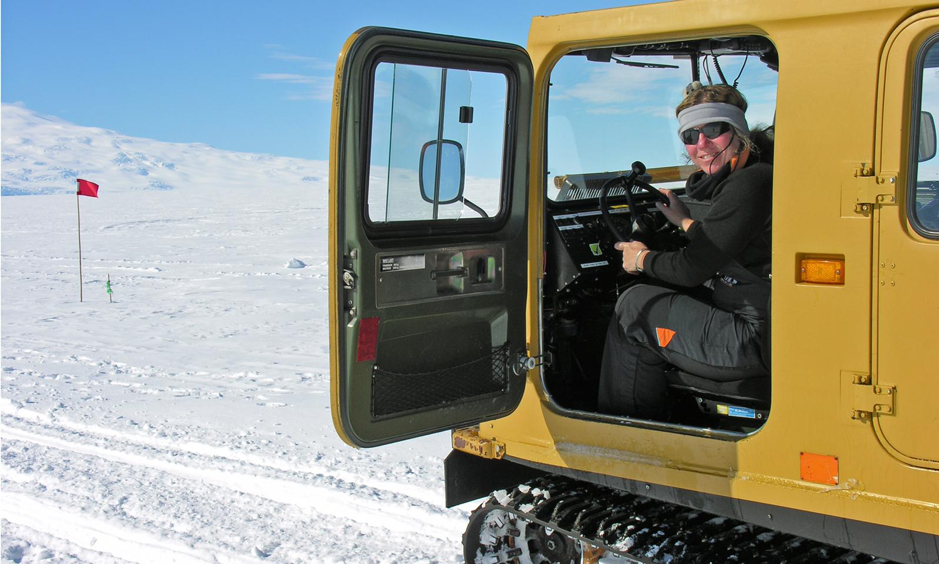 Spending time in the polar regions is an incredible privilege and I have been lucky enough to conduct research in both hemispheres, most recently, spending time working on projects in Antarctica. Extended stays on icebreaker vessels have enabled our Weddell Sea research to include the use of swath bathymetry to view and interpret subglacial landforms on the sea floor, as well as taking sediment cores to better understand the timing of deglaciation and ice shelf development.

A passion for glacial geology was, for me, seeded at a young age. As a child growing up in California, camping in the glaciated Yosemite Valley, in the Sierra Nevada Mountains of central California, inspired my desire to work with nature in remote and somewhat wild areas. It’s a great example of why it is so important for youngsters to be able to experience nature first-hand, as it’s from this type of exposure, children develop not only a love for our planet but also a willingness to act as ambassadors for its continued protection. 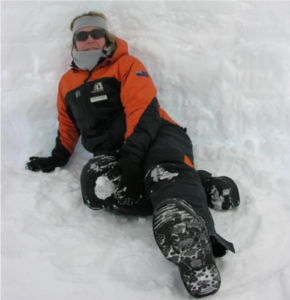 My polar career began at the University of Colorado Institute of Arctic and Alpine Research, where I was lucky enough to have a professor who believed that effective fieldwork in the polar regions was not determined by the gender of the person carrying it out, and so, I was given my first opportunity to work in the Canadian Arctic, researching the late Wisconsin glacial history of the Cape Rammelsberg area of southern Baffin Island.

The main requirement for polar fieldwork is reasonable physical fitness and a degree of ingenuity which is needed to adapt to unforeseen circumstances and the constraints of an environment that is not only outstandingly beautiful, but extremely hostile at times. Physical strength is always a benefit in the field, but a little lateral thinking can often help overcome most challenges – and thankfully neither is gender specific.

Like science itself, the roles of women in polar science have evolved over time and we owe it to the next generation of women scientists; those still dreaming of the possibilities that may lay ahead, to champion ourselves and our successes, and continue to pave the way.

She has worked in both the Arctic and Antarctic, recently, on a number of projects in Antarctica, including using seafloor echo-sounding with multiple beams in the Weddell Sea to view and interpret subglacial landforms on the seafloor, and taking sediment cores in order to understand the timing of deglaciation and ice shelf development.

Evelyn began her studies with a degree in Geological Sciences from Humboldt State University in northern California working on Franciscan melange deposits, but her career as a glacial geologist was seeded much earlier – as a child growing up in California, camping in the glaciated Yosemite Valley in the Sierra Nevada Mountains of central California inspired her desire to work with nature in remote and somewhat wild areas. She was given her first opportunity to work in the Canadian Arctic while at the Institute of Arctic and Alpine Research, University of Colorado.

During her career, Evelyn has edited a number of books, most recently the Atlas of Submarine Glacial Landforms (Geological Society of London Memoir 46) and co-authored two non-fiction children’s books on explorers Captain Robert Falcon Scott and Sir Ernest Shackleton.