As IAATO celebrates its 30th anniversary in 2021, Director of Environment & Science Coordination Amanda Lynnes reflects on the changing landscape of female empowerment and equality in polar science

If you lusted after a Sony Discman or a pair of Doc Marten’s as a kid, you can probably remember well what you were doing 30 years ago. I was at university doing a science degree. I often wandered into the career’s office on campus for inspiration and the jobs that captivated me the most involved research in Antarctica. But time after time, as I cast my eyes over alluring job descriptions, I read ‘applicants must be single, physically fit, under 35 and male’ I was incredulous. When I enquired, I was told those two small words ‘and male’ were allowed in cases where there was a lack of facilities for women on stations, an argument used for decades.

As a young female student, I remained full of hope that things would change. I focussed on honing the education, skills and experience I needed to work in Antarctica while I waited. It worked; a few years later I left for Antarctica to study penguins. I was a minority, which brought its challenges and shaped my subsequent career path, but my Antarctic experiences defined my life.

Today is International Day of Women and Girls in Science which marks the critical role women have in science and calls for empowerment and gender equality. Thirty years on I would love to argue that such a day is superfluous. As part of the Antarctic community, I feel privileged to work with and learn from many incredible women including the IAATO team. Science underpins our work towards practicing safe, environmentally responsible travel within the framework of the Antarctic Treaty System and especially the Environment Protocol, also celebrating its 30th anniversary in 2021. The Committee for Environmental Protection, which guides the work of the Protocol is chaired by Birgit Njåstad with Patricia Ortuzar as first vice-chair; Dr Chandrika Nath is Executive Director of the Scientific Committee on Antarctic Research (SCAR); Dr Jasmine Lee leads the research for IAATO and SCAR to develop the first terrestrial Systematic Conservation Plan for the Antarctic Peninsula; the Council of Managers of National Antarctic Programmes (COMNAP), is led by geologist and lawyer Michelle Rogan-Finnemore, Executive Secretary, and Dr Kelly Falkner, Chair of the Executive Committee and Director of the US Antarctic Program; Dr Renuka Badhe is Executive Secretary of the European Polar Board, to name just a few. Women are leading National Antarctic Programs, government departments, science programs and delegations at international meetings. They are writing high impact science papers and driving science-informed policy.

But though this snapshot is uplifting, globally women and girls are not participating fully in science. Less than 30% of global researchers are women, and women and girls are still steered away from some science-related fields by long-standing biases and gender stereotypes. As a mother myself, this worries me. Studies show my 12-year-old daughter is currently swaying on the brink of losing interest in science, technology, engineering and maths (STEM) as she becomes settled at secondary school.

Hope is found in the increasing efforts to understand and promote the issue. Sustaining interest in STEM comes from offering creative, hands-on learning experiences and encouragement from teachers and parents. It requires squashing gender gaps and stereotypes. It involves fostering environments that value female opinion and promote diversity. I’m heartened by the impact of role models. Celebrating the professional and personal stories of women in STEM, showing girls what a career in STEM can look like, will spark and prolong their interest.

Again, we can look to the polar world for inspiration; from Allison Cusick, a graduate student (PhD) studying polar biological oceanography in the Vernet Lab at Scripps Institution of Oceanography in California, to marine biologist and co-founder of the Polar Citizen Science Collective, Dr Annette Bombosch, both harnessing the power of citizen science to inform their research (read Allison’s blog Tiny But Mighty – Why We Owe Our Existence To The Phytoplankton and Annette’s blog We’re Slowing Down For Whales – Here’s Why ).

Then, there’s Dr Heather Lynch, Associate Professor at Stony Brook University who regularly joins IAATO vessels to further her research on breeding birds to help us understand the impacts of climate change on the peninsula. Marine and environmental scientist, Dr Cassandra Brooks; Assistant Professor at the University of Colorado Boulder, uses powerful messaging to bridge gaps between science, policy and the public and helped drive the adoption of the world’s largest marine protected area in the Ross Sea, Antarctica.

A coalition of STEM women who are elevating the voices of women in science is Homeward Bound – a global leadership initiative, set against the backdrop of Antarctica, which aims to heighten the influence and impact of women in making decisions that shape our planet.

But as well as funding and supporting women in STEM in the here and now, we must also invest in the future. IAATO makes an annual investment in the professional development of early-career researchers through the Antarctic Fellowship, a joint enterprise between IAATO and COMNAP with the aim of furthering the understanding of human presence in Antarctica. The award was launched in 2019 with inaugural fellows PhD students Martina Mascioni from the University of La Plata, Argentina, and Daniela Cajiao from the Autonomous University of Madrid. Daniela and Martina will be sharing a glimpse into their work and how it informs and supports safe and environmentally responsible travel, in a blog later this month.

International Day of Women and Girls in Science is an occasion to shine a spotlight on women doing incredible things in a field where they have and continue to be underrepresented. But, perhaps more importantly, the existence of these women and their peers across the world demonstrates how, through empowerment and strength in diversity, we will gain ground on finding answers to our most pressing global problems. 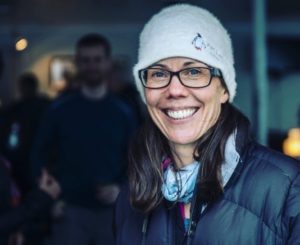